To share your memory on the wall of Rev. William A. Vanderslice II, sign in using one of the following options:

Provide comfort for the family by sending flowers or planting a tree in memory of Rev. William A. Vanderslice II

Provide comfort for the family by sending flowers or planting a tree in memory of Rev. William A. Vanderslice II

Reverend Vanderslice was an Eagle Scout, graduated from Germantown-Stevens Academy in 1975; and received a bachelor’s in human resources from Upsala College in 1979. He earned his Clinical Pastoral Education from Bethany Medical Center, Kansas City, KS in 1980, and earned his Master of Divinity from the Lutheran Theological Seminary in Philadelphia in 1983.

Along with his wife Marcia, he is survived by his daughter: Rachel, wife of Timothy Jacobs, of Ft. Washington, PA, and a son: Joshua, of Binghamton, NY; granddaughters: Mackenzie, Madison & Michaela.

All are invited to a viewing on Monday April 5th, from 2 – 4 PM and 6 – 8 PM at the Falk Funeral Home, 163 Main St., Pennsburg, PA 18073. A Graveside Services will be held at 11 AM on Tuesday, April 6th in St. John’s Lutheran Church, Ridge Valley Cemetery. A Lutheran Memorial Service of Ressurection will be held at Christ’s Lutheran Church, 700 East Pennsylvania Avenue, Oreland, PA 19075. This service will be announced at a later date.

In lieu of flowers, donations may be made in his memory to Christ’s Evangelical Lutheran Church, 700 E. Pennsylvania Ave, Oreland, PA 19075.

Falk Funeral Homes & Crematory, Pennsburg is in charge of arrangements. To offer online condolences to the family, visit his "Book of Memories" at falkfuneralhomes.com.
Read Less

To send flowers to the family or plant a tree in memory of Rev. William A. Vanderslice II, please visit our Heartfelt Sympathies Store.

Receive notifications about information and event scheduling for Rev. William A. Vanderslice II

Donations are being accepted for: Christ's Evangelical Lutheran Church.

We encourage you to share your most beloved memories of Rev. William A. Vanderslice II here, so that the family and other loved ones can always see it. You can upload cherished photographs, or share your favorite stories, and can even comment on those shared by others.

Fam. Weinberg and Eileen Tait-Acker sent flowers to the family of Rev. William A. Vanderslice II.
Show you care by sending flowers

Posted Mar 29, 2021 at 04:35pm
Please accept my condolences in the passing of Bill.
I got to know Bill when he was Dean of our district and had the highest regards for his ability's to lead our Conference.
He was a good friend and confident. God bless family at this time. We commend a faithful servant of Christ to God's care in the certain Hope of The Resurrection. Rev. John Smolik
Comment Share
Share via:

Posted Mar 27, 2021 at 09:38pm
Marcia, Rachel and Family, and Joshua,
Few words can express the lasting blessing Bill leaves with us. He lived a life filled with the Holy Spirit. His wisdom and knowledge answered many questions. Often, he seemed so serious, but when the right moment presented itself, he could show his humor and laughter. Although, we only had direct contact during those years at St. John's, he always greeted us warmly as long time friends whenever we met. Angels welcome him home and we rejoice in that consolation, but oh how we will miss those brief moments when we could chat for a few minutes. Our sincere sympathy to you in your loss.
Denise and Rick
Comment Share
Share via:
ET

Posted Mar 27, 2021 at 07:25pm
Dear Marcia, Our thoughts are with you during this time as you celebrate Bill's life and service. We are sorry for your loss. Love, The Acker Family 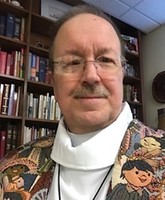 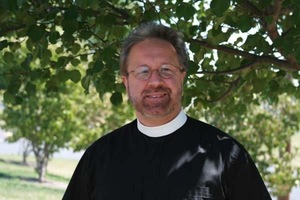 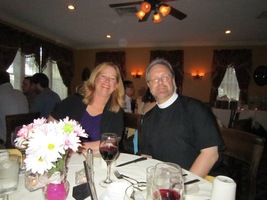