To share your memory on the wall of Joan Smith, sign in using one of the following options:

Alis Volat Propriis: She flies with her own wings!

Alis Volat Propriis: She flies with her own wings!

Joan Lee Tidwell Smith, 86, died peacefully surrounded by her family on December 23, 2020. She was the wife of the late R. Winfield “Win” Smith of Marlborough Township. Joan was born on June 15, 1934 in Norfolk, VA to the late DeForest and Grace Tidwell. She graduated from Granby High School in 1952 and received bachelor and master degrees in Latin from the University of North Carolina. Joan continued her pursuit of knowledge with an abundance of postgraduate certifications, including an Education Administration Certification from the University of Pennsylvania.

Joan began her professional career as a teacher at Norview High School in Norfolk, VA. Later, she served as a Civilian Administrator with the United States Department of the Army in Germany for several years organizing entertainment for the military personnel stationed there. After returning to the States, she accepted a job as Patient Services Director of the American Lung Association of Philadelphia and Montgomery County, where she met Win. After their marriage in 1964, Joan moved to the Upper Perkiomen Valley and taught high school briefly in Souderton, PA. In 1974, she began teaching English and Latin at the Upper Perkiomen High School in Pennsburg, PA; also serving as Director of the Adult Evening School for the district from 1983-1988, as well as the Director of Academics. After retiring in 1993, she taught part-time Latin at the Perkiomen School in Pennsburg, 1993-1998, also serving as Social Studies Department Chair.

Joan loved a good party, had an unending reserve of compassion for those less fortunate, and loved to brag about her grandchildren. Her family suspects that she is now in Heaven organizing the Angels and speaking the words “Vini, Vidi, Vici.”

Services: Private Graveside Burial on December 28, 2020. An outdoor Celebration of Life may be considered for late summer, 2021.

Contributions: In Lieu of flowers, Memorial Contributions can be made to The Open Link (www.theopenlink.org).
Read Less

To send flowers to the family or plant a tree in memory of Joan Lee Smith (Tidwell), please visit our Heartfelt Sympathies Store.

Receive notifications about information and event scheduling for Joan

Print
An outdoor Celebration of Life may be considered for late summer, 2021

Donations are being accepted for: Open Link.

We encourage you to share your most beloved memories of Joan here, so that the family and other loved ones can always see it. You can upload cherished photographs, or share your favorite stories, and can even comment on those shared by others.

John And Luanne Bray sent flowers to the family of Joan Lee Smith (Tidwell).
Show you care by sending flowers

Posted Jan 02, 2021 at 06:58pm
What fond memories we have of Joan. We thank her for being a great neighbor to all the McCraes.. I remember all the birthday parties she held for her daughter's and picking apples in their field. Our condolences go out to you all. Lori McCrae Tallent
Comment Share
Share via:
JB

John And Luanne Bray purchased flowers and planted a memorial tree for the family of Joan Smith. Send Flowers

Posted Dec 28, 2020 at 09:02am
Dear Smith family,
Our hearts hurt when your heart hurts. Please know that God also shares in your loss. But He is also there to strengthen you through this challenging time. 1 Thessalonians 2:16,17 reminds us "May our Lord Jesus Christ himself and God our Father, who loved us and gave everlasting comfort and good hope by means of underserved kindness, comfort your hearts and make you firm." Trust that God will continue to give you what you need day by day to cope. God also has promised an end to death on earth.
Comment Share
Share via:
HQ

Posted Dec 27, 2020 at 10:42am
I was student of Joans at Indian Crest Junior High School the first year she taught
In Pennsylvania. Joan was an engaging teacher who loved teaching. In my later life
I reconnected with Joan when I ran for school board. I filled her seat on the Upper Perkiomen board when she left the board. Joan supported my runs for the board for
two terms. Along the way we had many discussions about the path of education for
the students in the valley. The teacher in Joan was always deep rooted in her. I would
talk to Joan years after at the annual Democratic Ox Roast held at Macoby Run Golf
Course. It was always a great pleasure to talk to Joan. She will be missed in the Valley.
Joan was selfless in her giving to students and residents in our community. 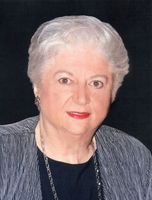